The Globe and Mail recently published a timely article about the current state of the condo market in Ottawa. They spoke about the speed in which condos are selling, the supply of projects in the queue and the impact of LRT on Ottawa and the real estate market. The original article is only available to paid subscribers of The Globe and Mail so we've included the transcript below.

As an early birthday present to himself, Sam Soucy bought a condo. Mr. Soucy was working on Parliament Hill but living near Bank Street and Hunt Club Road – about 25 minutes away – until a late release of a unit at a newly built condo building in Ottawa’s Centretown neighbourhood came up in early March.

He moved quickly and, within 24 hours, he had secured his first home – just in time for his 23rd birthday. “It was a question of timing and patience,” Mr Soucy said. “Once you get one, you can’t waste time.”

For Ottawa, a 24-hour turnaround in a brand-new condo building was once unusual but is now growing more common. Toronto and Vancouver may be used to the “fear of missing out” mindset, but it’s a new phenomenon here in Ottawa, faced with a crunch on supply, coupled with a young workforce with one of the country’s highest median incomes, has seen its condo market grow very lively.

Toronto and Vancouver may be used to the “fear of missing out” mindset, but it’s a new phenomenon here.

Ralph Shaw, a former president of the Ottawa Real Estate Board, says condo sales have increased by 60 per cent since 2015, while prices were up 7% in the same time frame. Sales of condos in January, 2019, increased nearly 21% year-over-year.

Despite growing demand from young buyers keen to live close to downtown, there are fewer than 10 high-rise condo projects in the works in Ottawa right now. Some are nearing completion, others are under construction or plan to have shovels in the ground this year and still others have planned occupancy dates in 2021. 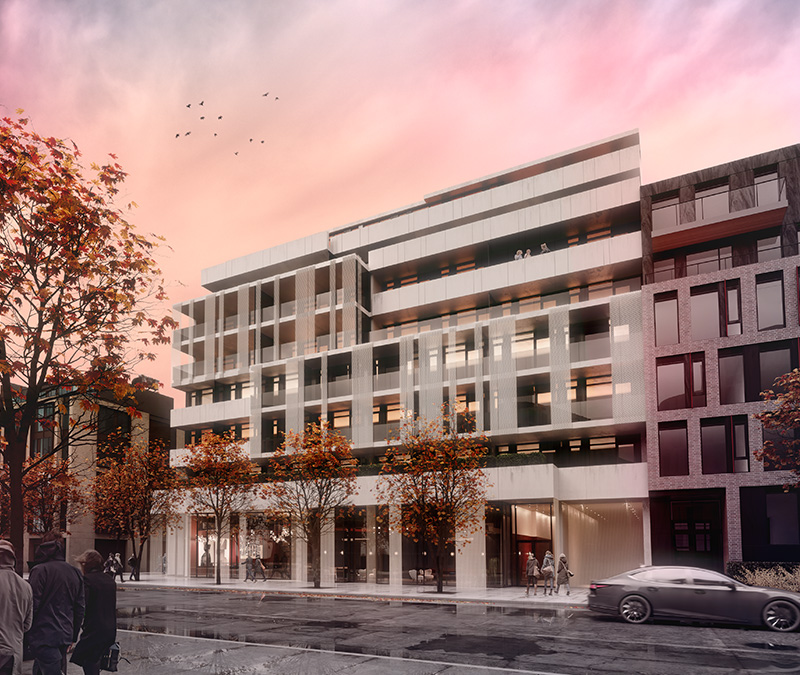 Wellington West Lofts, a luxury condo building coming to Hintonburg, not yet become available to the public, will likely sell out on launch or days after 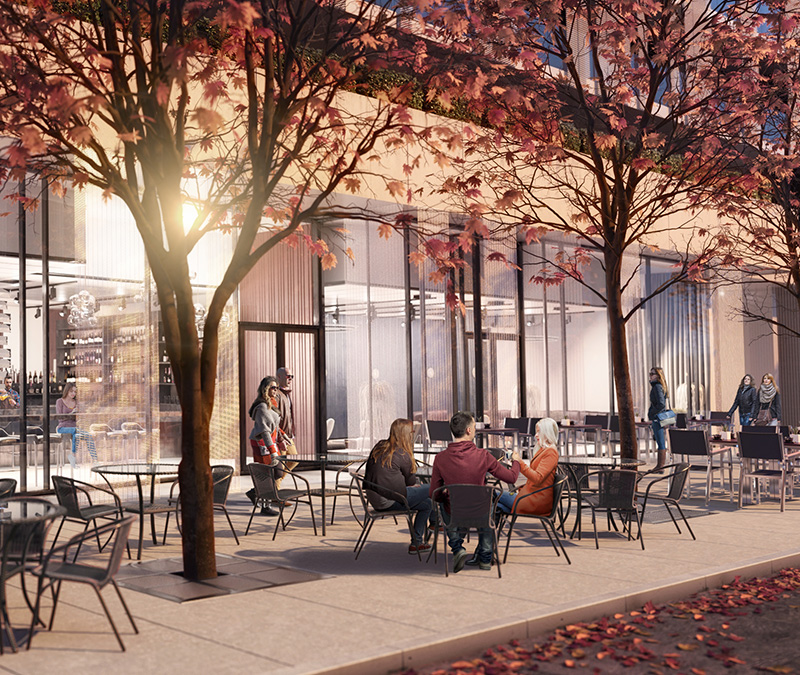 Sam Mizrahi, the developer behind The One development at Toronto’s Yonge Street and Bloor Street, is also behind one of the few Ottawa projects set to commence construction in 2019. He said his first foray in the city won’t be his last, because he’s seen a change in both Ottawa as a whole and the condo market in the city in the past few years.

Surface Developments experiencing yet another success

Another development, the Wellington West Lofts, will be completed at the end of 2020 and Jakub Ulak, president of developer Surface Developments, says 90% of the large, $1-million-and-up units are already sold, less than eight weeks after they were released to the public.

Surface Developments, says 90% of the large, $1-million-and-up units are already sold, less than eight weeks after they were released to the public

The key to his developments success, he says, is how highly customizable the units are, no matter the price.

Customization design is lacking with many builders

“We have greater opportunity to customize the cases of our cell phones than the homes we pay $1-million for, which I think is absolutely bananas,” he says.

The rental market is heating up as well

But for every $1-million unit sold, there are even more Ottawans looking for high-rise rental in a market, according to Mr. Shaw, that’s been pinched to less than 1-per-cent availability.

RioCan Living has nearly completed its Frontier project in Ottawa’s east end, a purpose-built rental high-rise adjacent to what will be the new Blair light-rail transit station on the grounds of a shopping plaza. 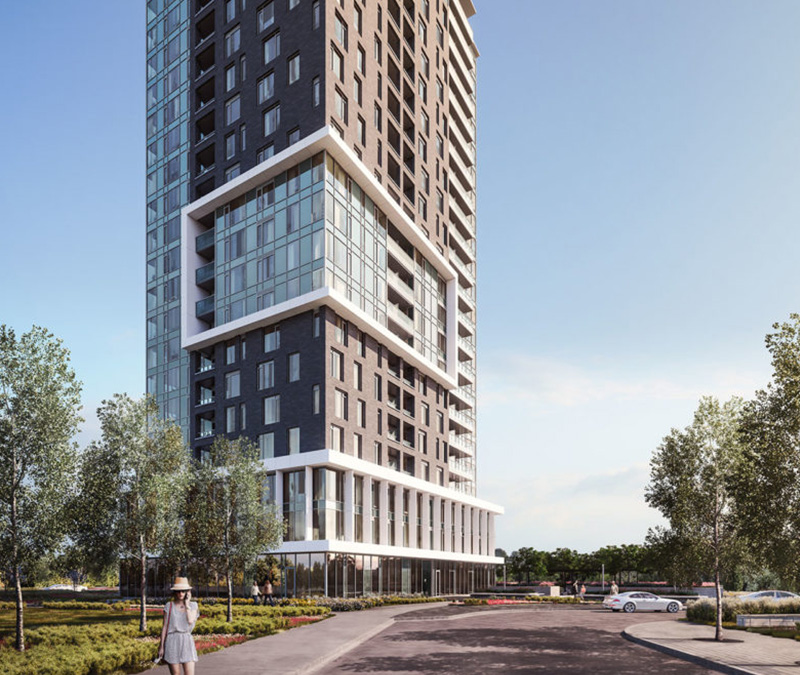 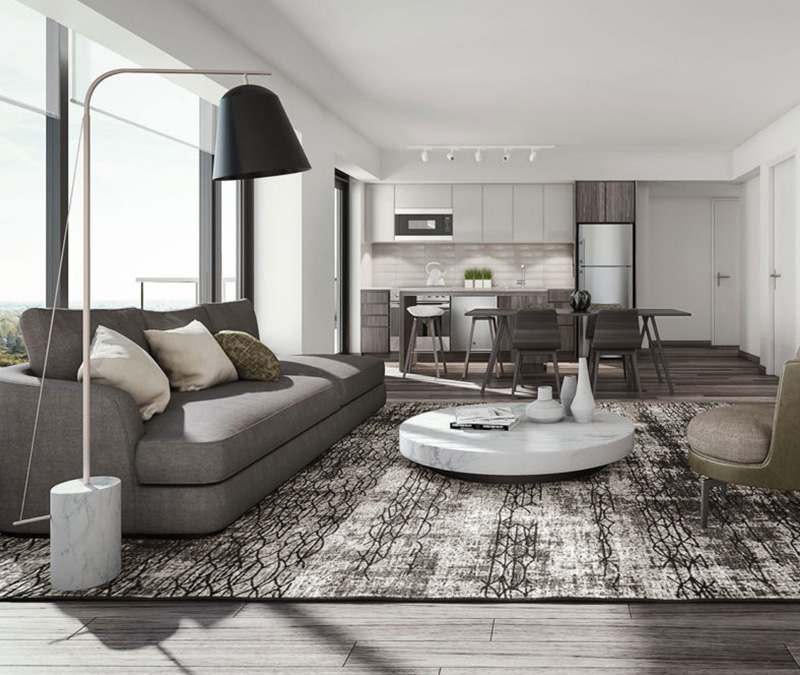 Jonathan Gitlin, the chief operating officer of RioCan Living, says there was an opportunity to build something that was transit-oriented. One-bedroom rentals start at $1,550 a month, while two-bedroom units range from $1,920 a month to $2,590 a month.

“We wanted to give that community the opportunity to live in an environment right next to a transit stop and next to a great shopping destination,” he says. “It was pioneering because there was not a lot of high-rise in that area. Although we felt it was not a tested market, we thought all the attributes were there to make it a success and make it great for the community.”

Despite some delays, LRT is coming to Ottawa

The impact of LRT will add another layer to Ottawa’s already booming condo market, according to SoBA developer Brad Lamb. Mr. Lamb, who has projects in several Canadian cities, said Ottawa is the “best place” to buy a condo in Canada.

The LRT, despite its recurring construction delays, will change the viewpoints of people who are thinking of living downtown, Mr. Lamb said. The LRT is set to connect Blair Station in Ottawa’s east end to Tunney’s Pasture, just west of downtown.

“When buyers start seeing the convenience of the LRT and they see how their friends have a benefit, they will start clustering more downtown,” said Mr. Lamb, whose condo property, the Gotham, is above an LRT station in downtown Ottawa. “Ottawa is finally catching up to Toronto in terms of its ‘urbanness.’ ”

A new vision for Ottawa

Mr Ulak said that Ottawa has changed enormously in the past 10 years and he and other developers have a new vision for Ottawa.

“There’s a lot of people with an entrenched view of what Ottawa used to be. But we’re looking forward and seeing the potential of this incredible city and people who live here,” he said. “That’s the kind of project we’re trying to build and that’s what I think you’ll see more of.

Mr Soucy said he sees markers of change all around him. “It’s something we’re seeing more and more, especially if you go to the downtown core,” he said. “I wouldn’t say it represents traditional Ottawa, but the Ottawa of the future and what the city is trying to become.”

We just received the green light from our design team to share these brand new Wellington West Lofts building and terrace renderings. We think they're absolutely incredible and wanted to pass them along to you.

The 2019 Federal Budget includes what could be a very attractive pitch for prospective first-time home buyers. In short, it could see Canada's housing agency contribute up to 10% of the purchase price of a home, bringing down the mortgage amount for borrowers.

Five of the most popularOttawa neighbourhoods

Like every big city, Ottawa is a collection of neighbourhoods, each with its own style, vibe and scene. You might find yourself in a shopping mecca in the morning, a historic market around lunchtime, and surrounded by popular bars at night. Here’s a look at five of the most popular Ottawa neighbourhoods (Westboro, Hintonburg, The Byward Market, The Glebe and Centretown) and what you might expect out of each.